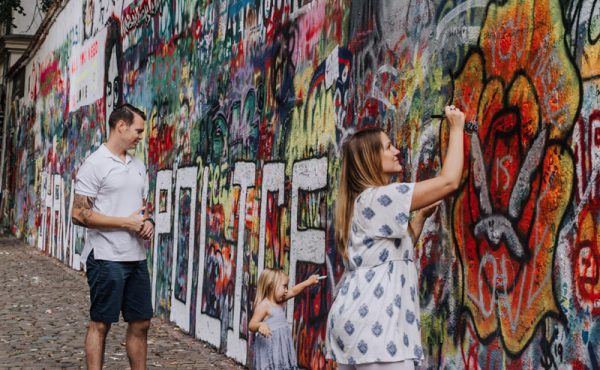 The John Lennon Peace Wall (Velkopřevorské náměstí) is a memorial graffiti wall to the former Beatle. After his murder in New York in 1980, Lennon became a pacifist hero for young Czechs; his image was painted on this wall opposite the French Embassy, along with political graffiti and Beatles lyrics.

Passed summer goverment closed th wall for a while. Because of some vandalisimg around the area(people sprayed buildings, and Charles Bridge!). They closed the wall and let them paint for professionals. But after they have opened people start to painted again… So you can write your ideas or paint with sprey or any pen! There is NO entrance fee! 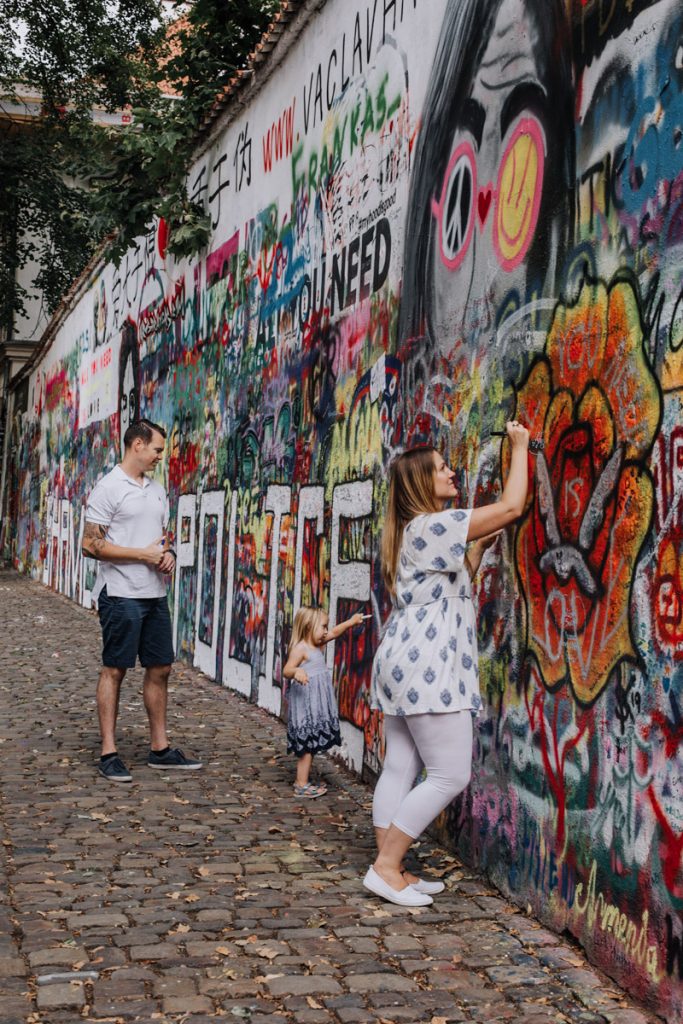 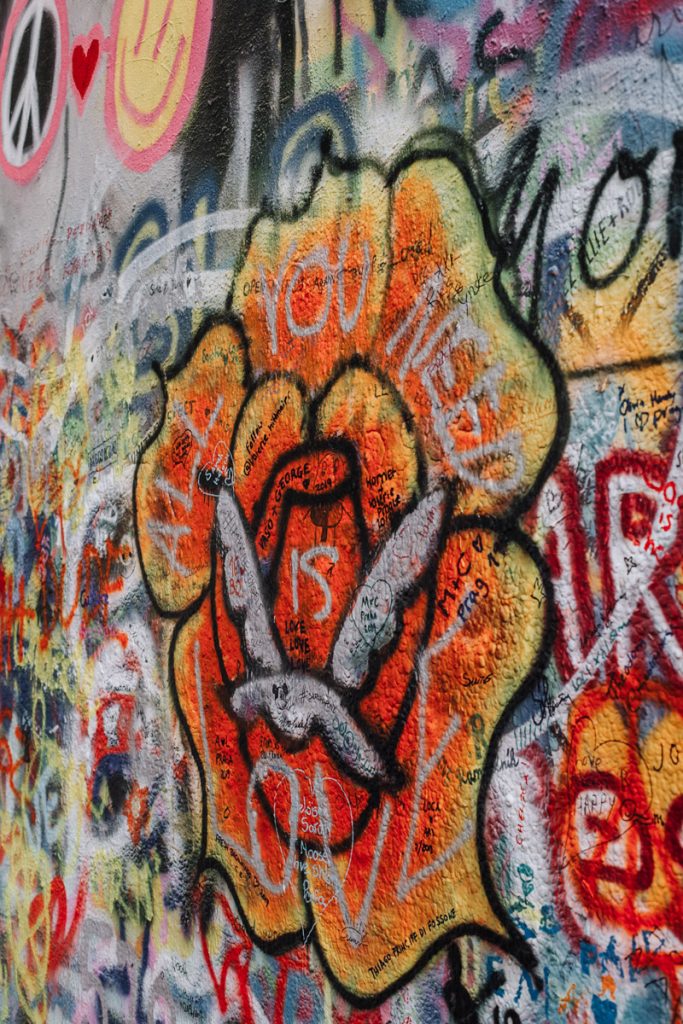 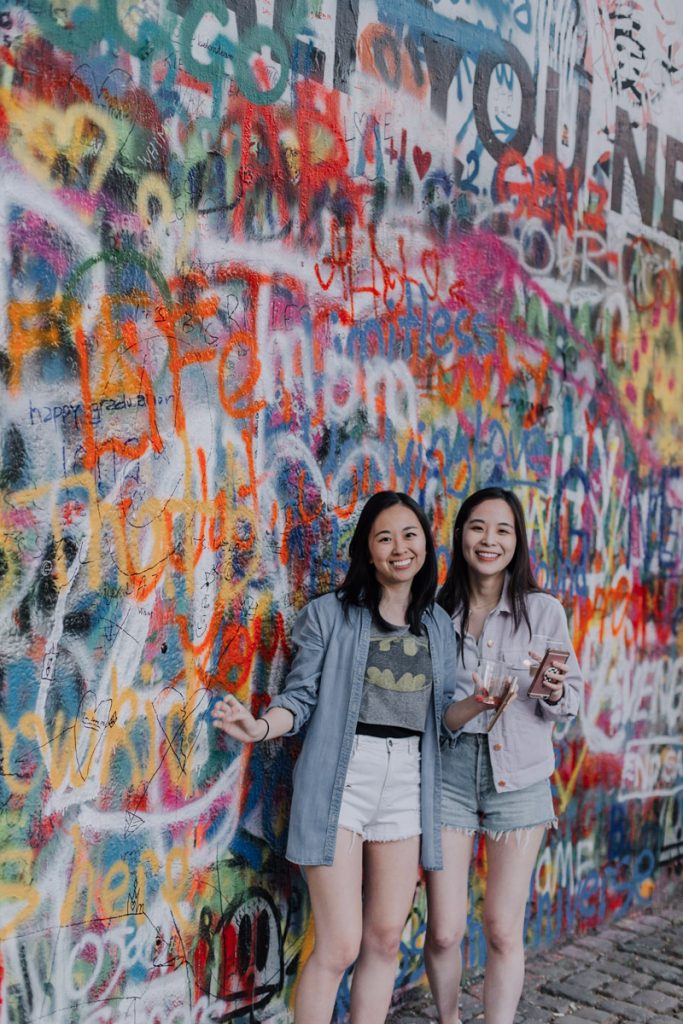 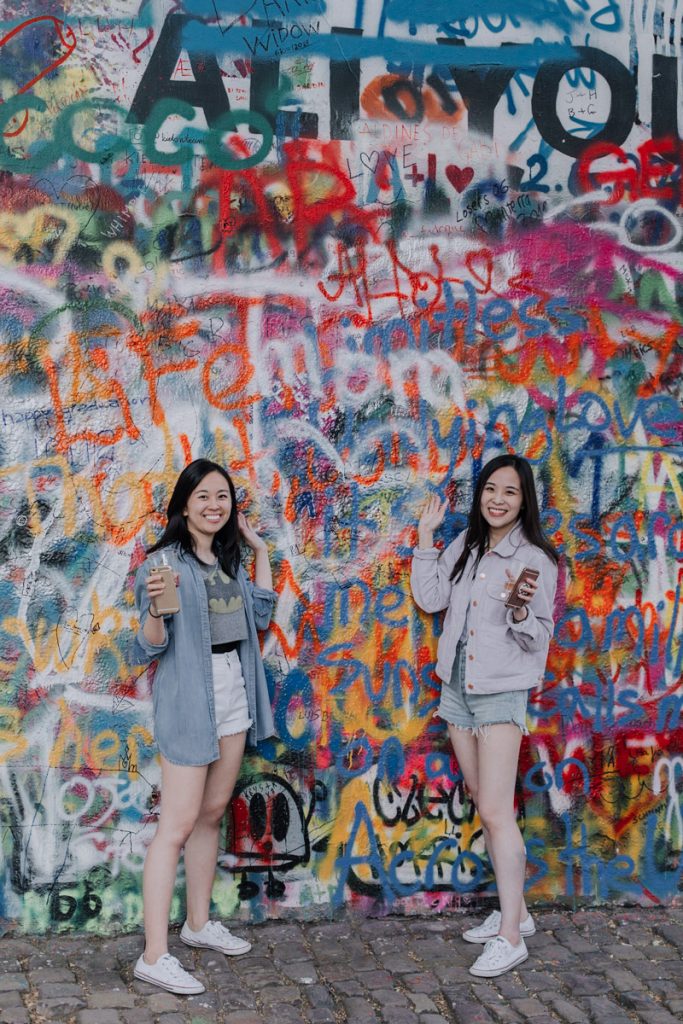 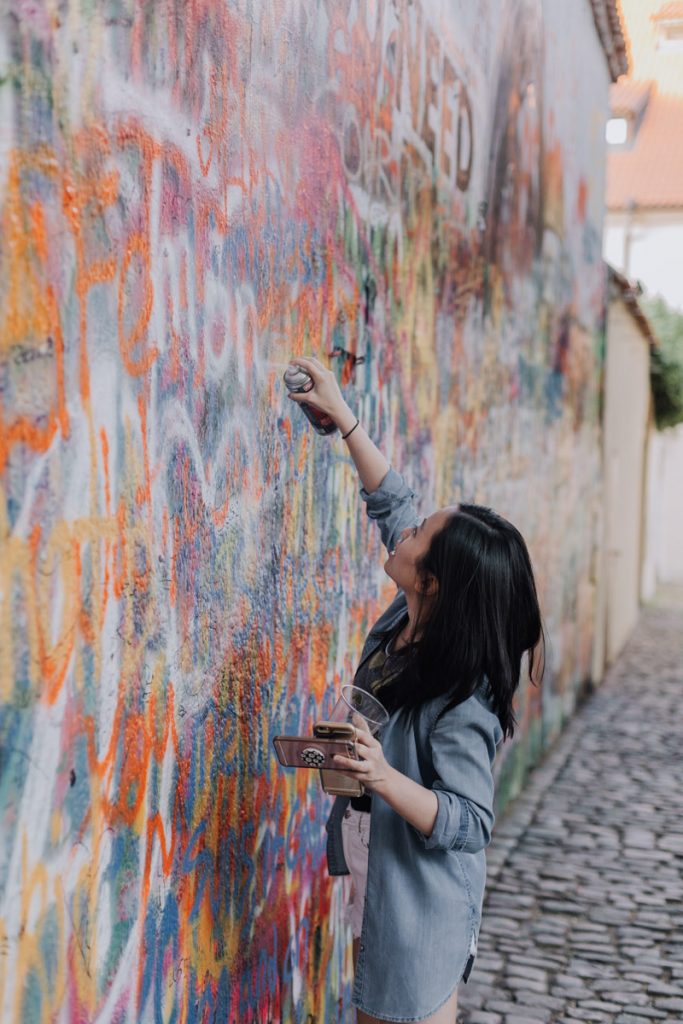 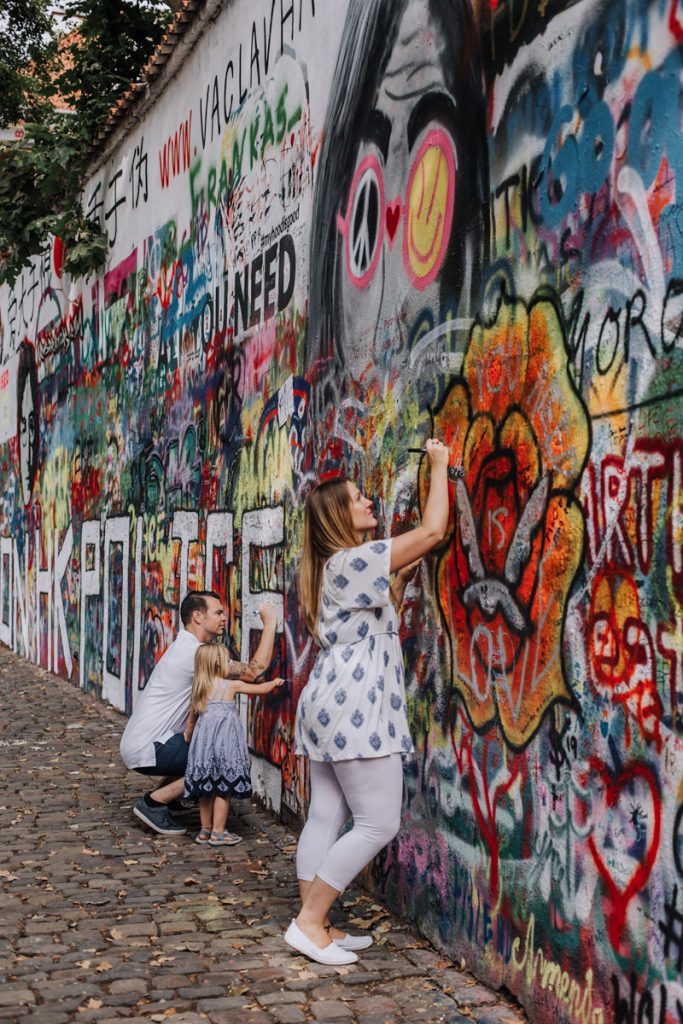 The original Lennon Wall was first created in Prague, Czech Republic, following the assassination of John Lennon. It was filled with art as well as lyrics from The Beatles. It’s happened before the Velvet Revolution (1988), this wall became a way for people to express irritation with the communist regime of Gustáv Husák. And from 2019 you can see the similar wall in Hong Hong!