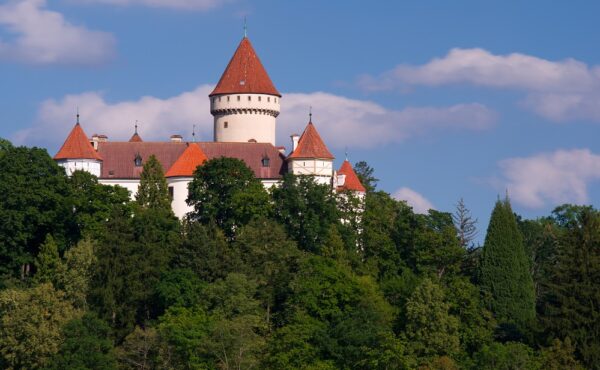 It was probably the Prague bishop Tobias of Benešov who founded Konopiště in 1294, following the typical design of French fortresses with cylindrical towers, a fortified watchtower, four gates, and a drawbridge.

In 1327, Konopiště became property of the Sternberg house more then 275 years. In the 17th through 19th century, the castle passed from one important aristocratic house to another: first the Hodějov house, then, in a short spell after the Battle of White Mountain, Albrecht of Wallenstein, then the Michnas of Vacínov, the Vrtba house, the Lobkowicz etc.

Medieval castle structure was modified for the first time in the end of the 15th century by George of Sternberg, and then in the early 17th century by the members of the Hodějov house. The Vrtba house turned Konopiště into the baroque residence in the 18th century.

In 1887, the Lobkowicz sold the chateau and the whole domain to Franz Ferdinand d’Este, heir presumptive since 1896. The archduke had the castle rebuilt in the faux-historical style, and turned its surroundings to a landscape park. The former baroque garden turned into the Rose Garden with greenhouses. Franz Ferdinand installed his large art collections in the chateau; the collections were partly inherited from his Italian ancestors, and partly bought. In June 1914, Franz Ferdinand attended the moves of the Austrian army in Bosnia, and on June 28, he and his wife Sophie were assassinated by Serbian anarchist Gavrilo Princip. A month after the assassination, Austrian Emperor Franz Joseph declared war on Serbia. 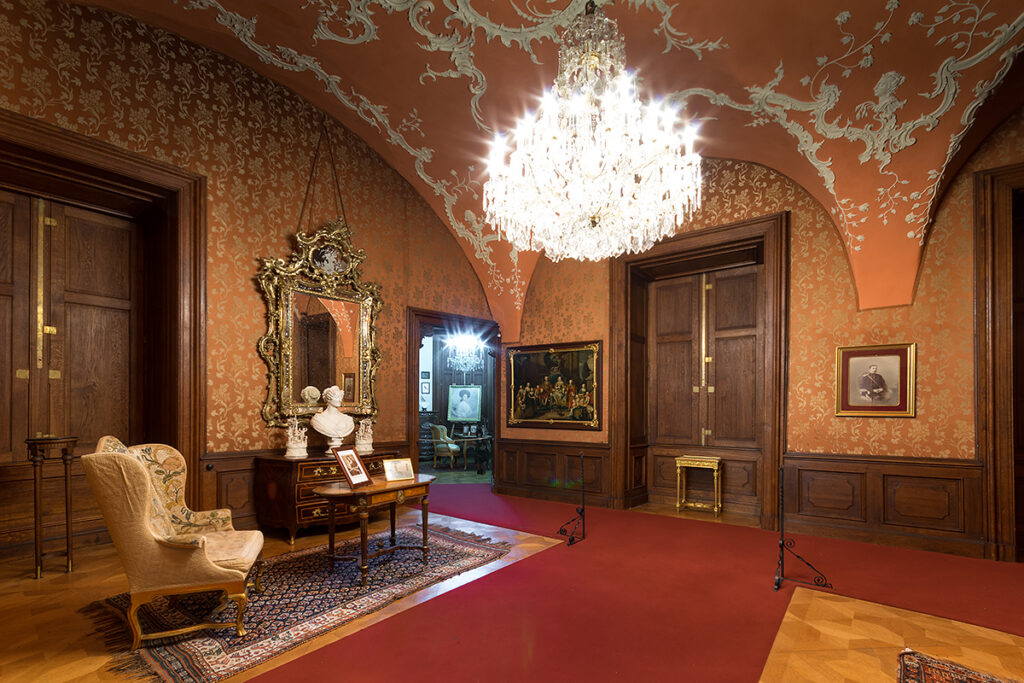 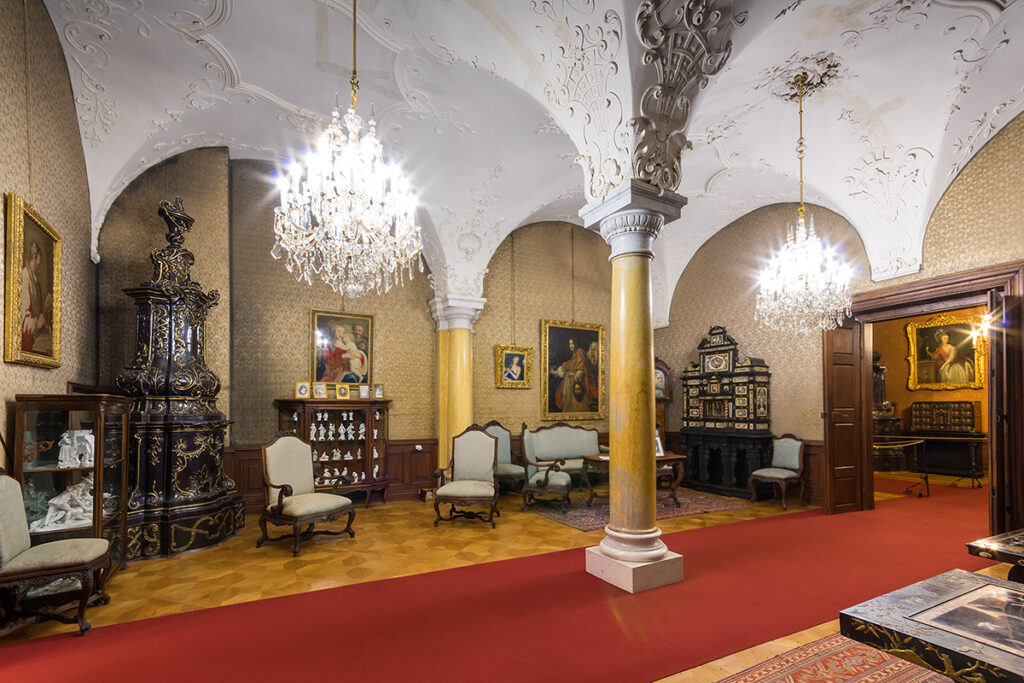 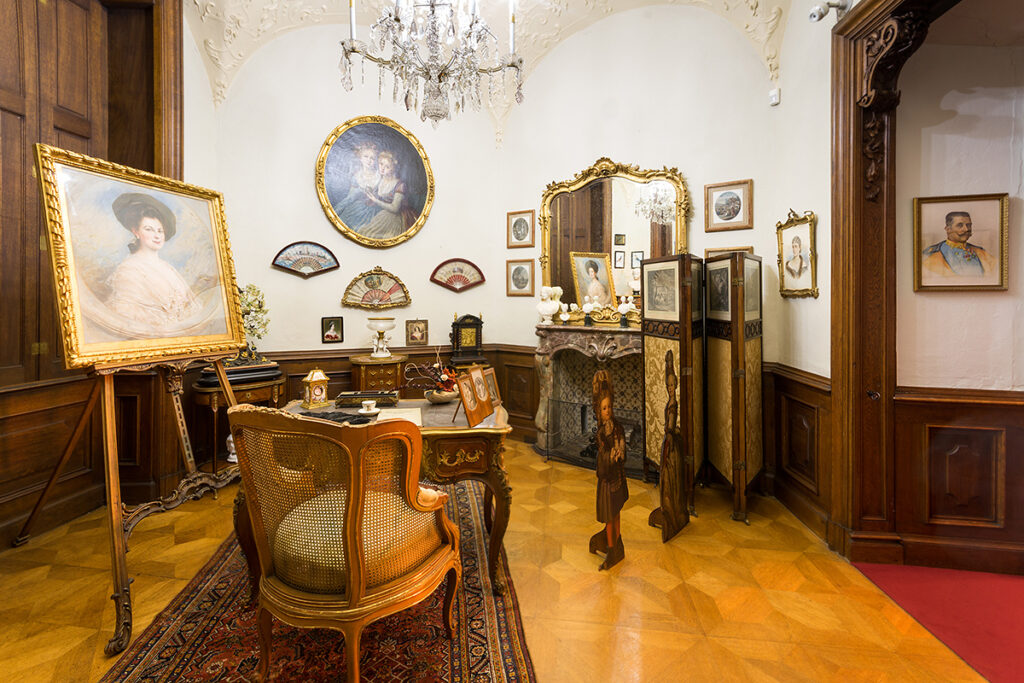 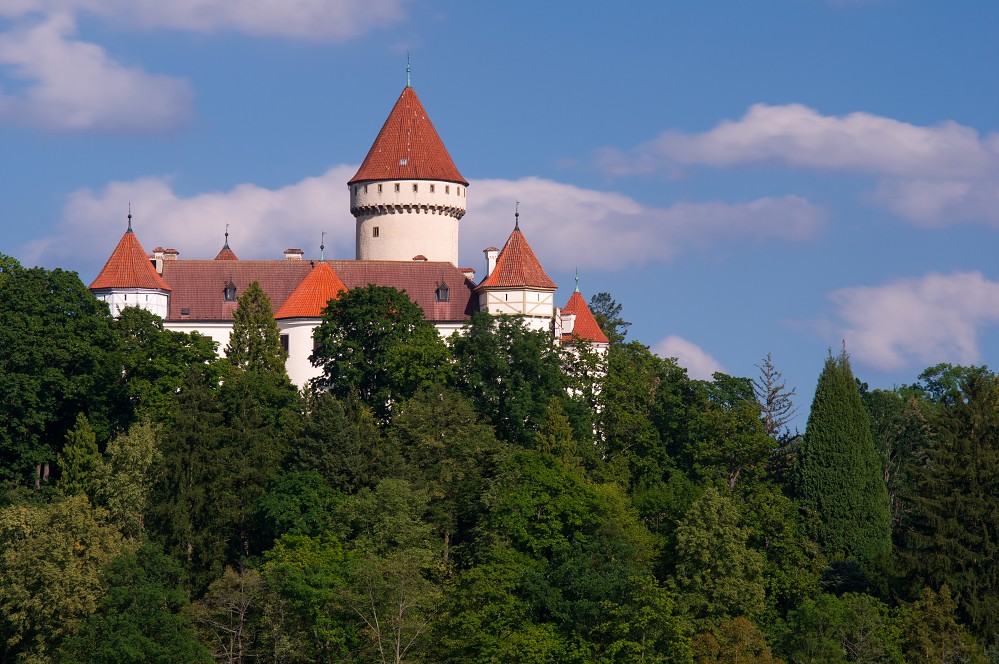 The Castle is Great Location for Wedding Photoshoots

Castle is listed in Best 10 locaiton in Prague to have a wedding. You ca check the details and contact with the manager diretly to learn more details.