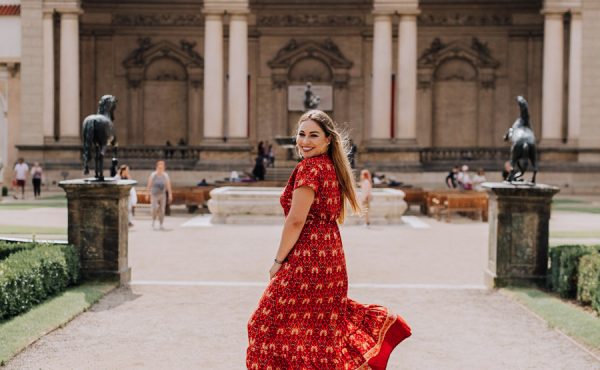 This strictly geometrically designed early Prague Baroque garden. It was created in parallel with the construction of the Wallenstein(Waldstein) Palace from 1623 to 1629. At first sight, one’s eyes are drawn to the massive sala pavilion, which at the time of its construction was unprecedented, and an artificial cave with stalactites (grotto).

Photos From the Beutiful Baroque Garden 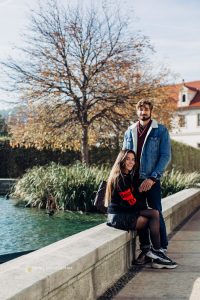 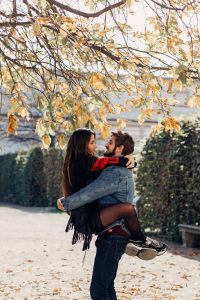 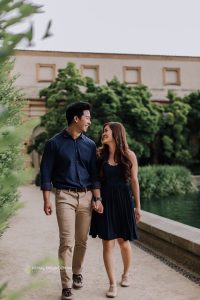 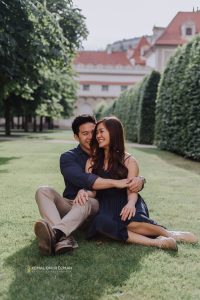 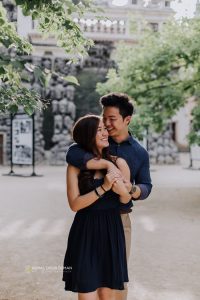 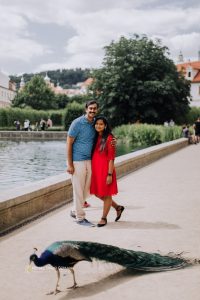 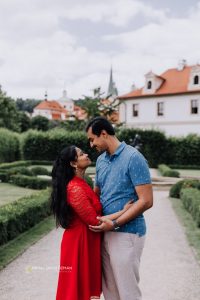 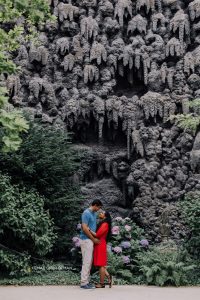 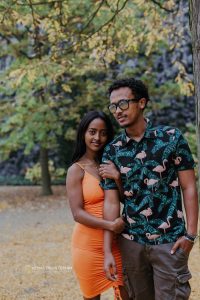 In summer lot of locals come here for concerts and theatrical performances.

The Baroque garden is generaly one of our photoshoot destination in Prague. 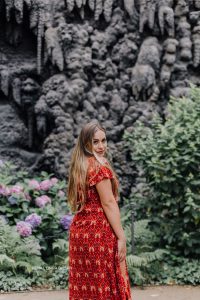 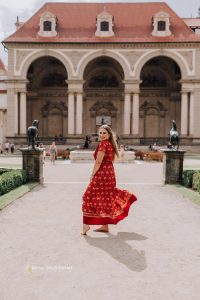 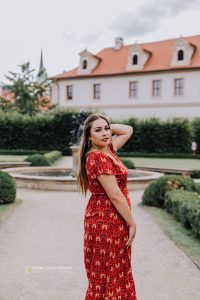 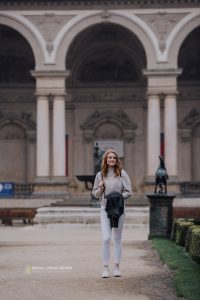 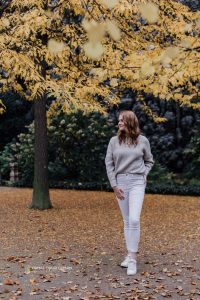 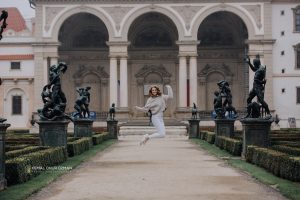 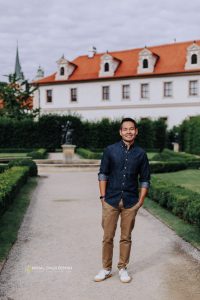 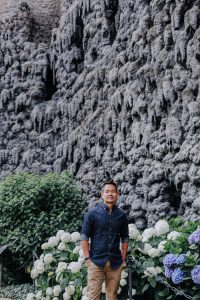 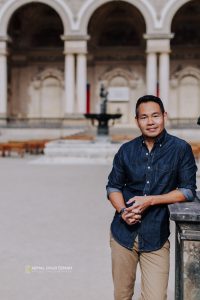 The dominant feature of the Waldstein Garden is the monumental Sala Terrena, which was not originally just an open building in the Waldstein Garden, but a sort of continuation of the palace’s residential rooms and which was mainly used for admiring the garden. At the time it was built, no other palace had a building like it in its garden.

Its interior decoration is in keeping with the palace’s indoor areas. There are 32 painted scenes in total in Sala Terrena, mainly from ancient mythology and the Trojan War, the work of a follower of the Italian painter Baccio del Bianco. The ceiling is adorned with frescoes depicting Olympus: Zeus with his wife Hera and the goddess Aphrodite in the middle (in Roman mythology Jupiter, Juno and Venus), Hellenic gods on the northern side, and Trojan gods on the southern side. The medallions bordering Olympus depict motifs from the Trojan War (Senat.cz).

The Riding Hall is a spacious two-storey building that closes the whole Waldstein complex from its eastern side. It served its original purpose until the end of the 19th century. After WWI, the Waldsteins rented it to the Laurin & Klement car factory and later to other automotive plants. Car repair services remained there even after WWII and there was talk of building hall garages in the cellar during the 1950’s (Senat.cz).